Due to the strong media coverage, the level of awareness of 3D printing has increased lately. Recently, there are a variety of small 3D printers, which are aimed primarily at private users. These devices are similar to the principle of home inkjet printer. Instead of ink, a plastic filament is heated and "printed". For the next layer, either the platform or the "print head" moves in the third dimension.

But there's more behind the concept of 3D printers. It is an umbrella term for a variety of machines and processes. By definition, the process builds in layers, which are computerized calculated from 3D data. The base material used for the 3D printing may be plastic, metal or plaster. The material is a powder, plastic filament, sheet or liquid (usually resin). A machine is working off each layer in two dimensions. [1] [2]

Thus, plastic laser sintering (SLS plastic), stereolithography (STL) and SLS metal belongs to the term 3D printing. With this method high initial samples and prototypes are produced, which are intended for industrial use. The units for domestic use are simpler and limited to a few plastics. [3]

It remains to be seen whether the wider dissemination of the 3D printers will result in an industrial revolution. The required 3D data can even be created or downloaded from the Internet. But not each record will be available online. Furthermore, the question of costs is to consider skeptical. While the components for today's consumer goods be made within seconds via the injection molding, a 3D printer needs a few hours oreven days. Nevertheless, the method of the prototype is here to stay. For the individual preparation of parts, prior to the construction of a tool, the process has proven itself over many years. [4]

In conclusion: The general term 3D printer includes various methods. There are high-quality industrial machines and printers for simple home applications. The printer for everyone is not equal to an industrial revolution.

In the 1996 founded PTZ Prototypenzentrum GmbH 17 employees use the most modern technologies to produce models, tools and small series for German and European customers including the automotive industry, the medical and equipment technology. Brand manufacturers such as Siemens, Bosch, Miele, Fresenius and Ducati as well as many small and medium enterprises appreciate the variety of technologies at PTZ. 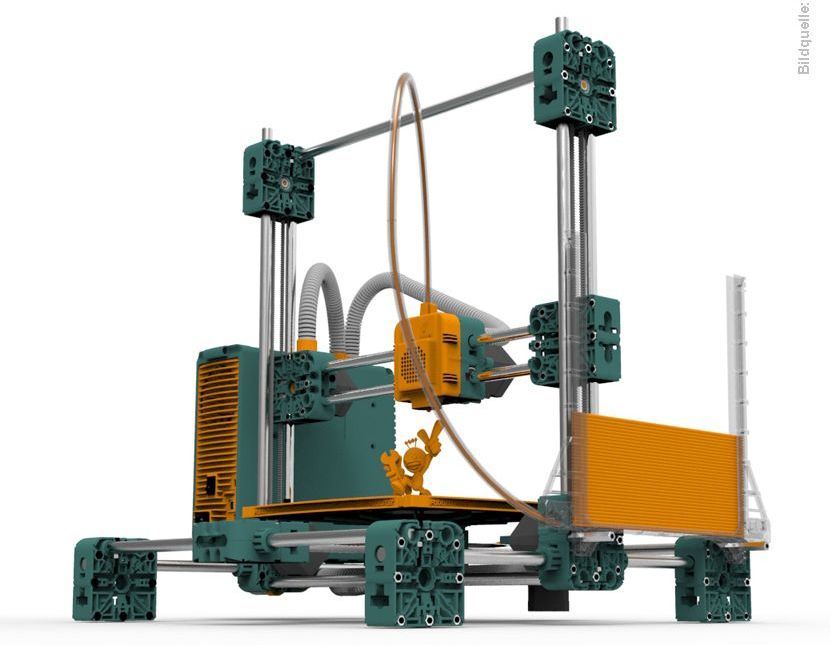